2016 European Championship to be held in Hoofddorp, Netherlands

Home
/
News
/
2016 European Championship to be held in Hoofddorp, Netherlands

The Confederation of European Baseball (CEB) today announces that the 2016 European Championship will be held from September 9 to 18, 2016 in Hoofddorp, Netherlands. The announcement was made during a press conference at Pioniers Baseball Stadium in Hoofddorp on Thursday afternoon, which was attended by CEB President Jan Esselman.

The 2016 European Championship will be organized by the Royal Dutch Baseball and Softball Association (KNBSB), the City of Hoofddorp and the local baseball club Hoofddorp Pioniers. 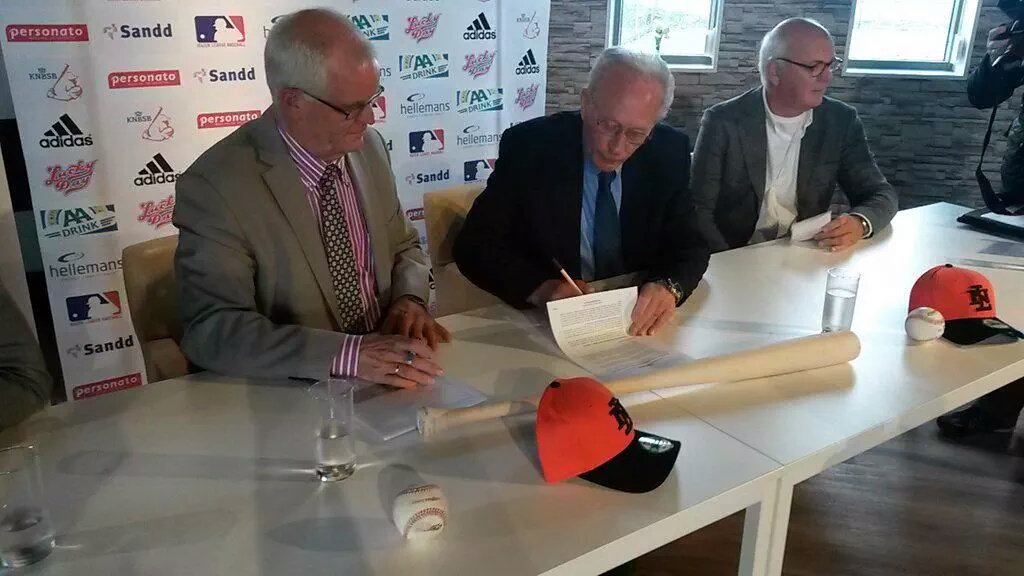 The state of the art facility in Hoofddorp was opened in April 2014, meeting all requirements for International baseball games as well as Major League Baseball and is the home of the Dutch Hoofdklasse club Vaessen Pioniers. The complex is part of the Park 21 development project and consists of a baseball stadium, another international level baseball field, three softball fields, youth fields and practice areas. Seating capacity at the stadium is currently 600, but due to the setup of the facility with temporary stands it could be raised  to 30,000.

The hosting Dutch National Team is the defending champion. They defeated Italy in the Gold Medal Game of the 2014 European Championship in the Czech Republic. The other participants will be Italy, Spain, Czech Republic, Germany, France, Belgium, Russia, Great Britain, Greece, Sweden and Croatia. More information will be released in the coming months.

Additionally CEB announces that the joint 2016 Congress of the Confederation of European Baseball (CEB) and the European Softball Federation (ESF) will be held on February 12-13, 2016 in a location in the Hoofddorp area.